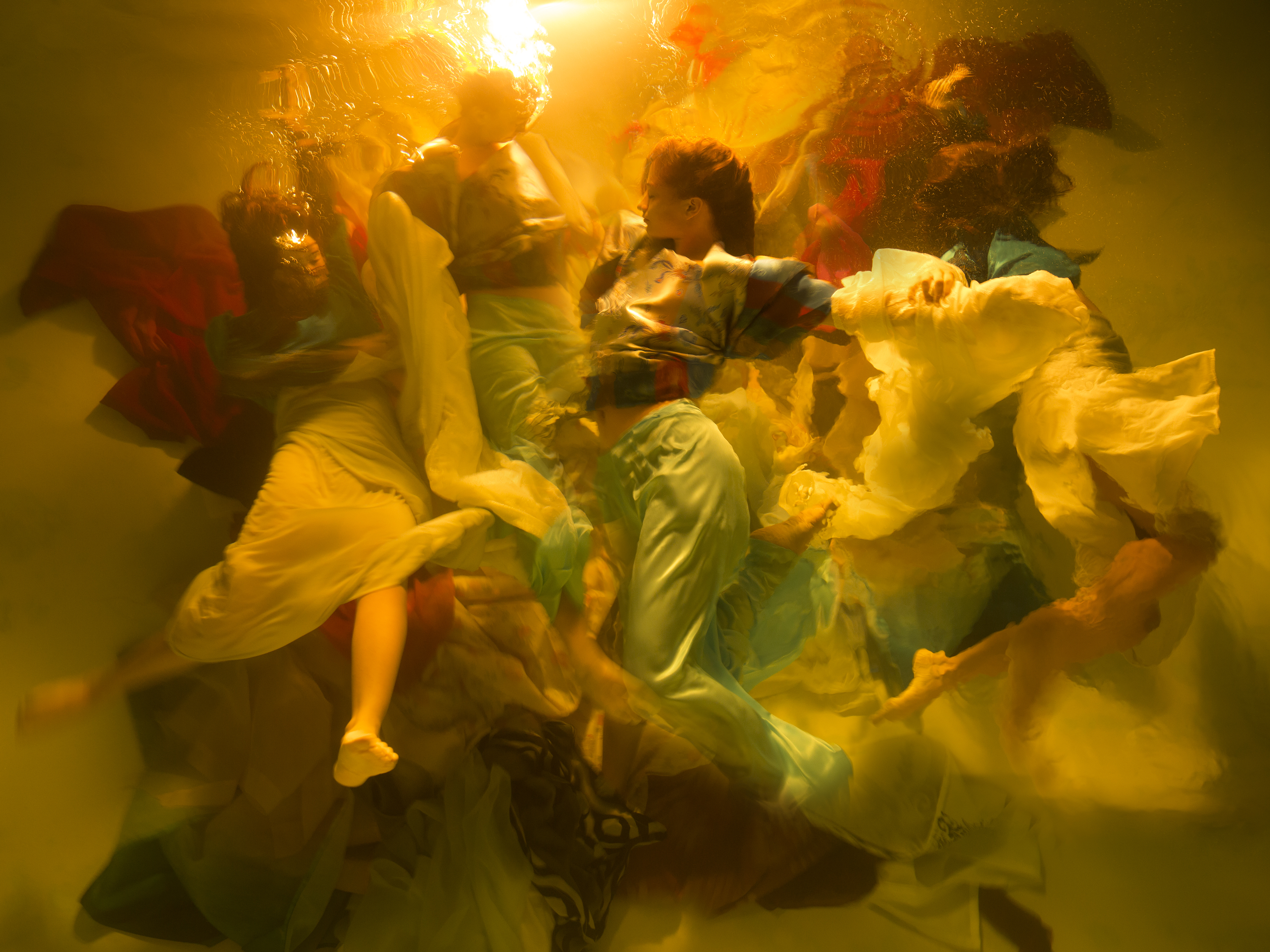 London, May 7th, 2019 : The World Photography Organization announce the winner of the prestigious 2019 Sony World Photography Awards: Christy Lee Rogers with the picture "HARMONY" in the motion category.
From a record-breaking number of entries, ten exceptional photographs have been named the best single photos of the 2019 Sony World Photography Awards. The best standalone images of the year, submitted by photographers from 195 countries, compete in the Open competition.
This year’s winners include Christy Lee Rogers, who took home first place in the Motion category. Her work Harmony is taken from her Muses series. If you think you’ve seen this image before, it may be because it resembles one of the frescoes in the Sistine Chapel. The product of an underwater shoot in Hawaii, photographer Christy Lee Rogers used the shimmering surface of the water as a canvas, on which to paint this snapshot of billowing fluidity.

Art from the Baroque period is known for its exquisite compositions and ethereal use of light. While it may seem as if oil paints are the only medium that can achieve this aesthetic, visual artist Christy Lee Rogers proves that underwater photography can be just as powerful in her dynamic series, Muses.
Featuring swirls of intertwined figures and flowing drapery, each striking photograph looks like a 17th-century painting come to life. Specifically, Muses borrows traits from Baroque masters, including Caravaggio’s contrasts between light and shadow, Artemisia Gentileschi’s focus on movement, and Rubens’ rich color palette. Unlike the work of these artists, however, Rogers’ scenes don’t take place in opulent interiors or mythological landscapes. Instead, they’re set entirely underwater.
Each photo featured in Muses was shot at night in an illuminated pool. This unique setup gives the photographs their soft, brushstroke-like quality and allows Rogers to literally bathe her subjects in light as they twist and tumble through the water.
This concept of free-floating was inspired by events in Rogers’ own life. After experiencing multiple losses in a short period of time, she decided she needed to fully dive in to her practice, a decision that eventually sparked the series and says :
“Any day could be my last, and I knew I would not forgive myself if I didn’t do everything I was capable of doing now, so this was at the core of Muses, the inspiration that was pushing me forward” 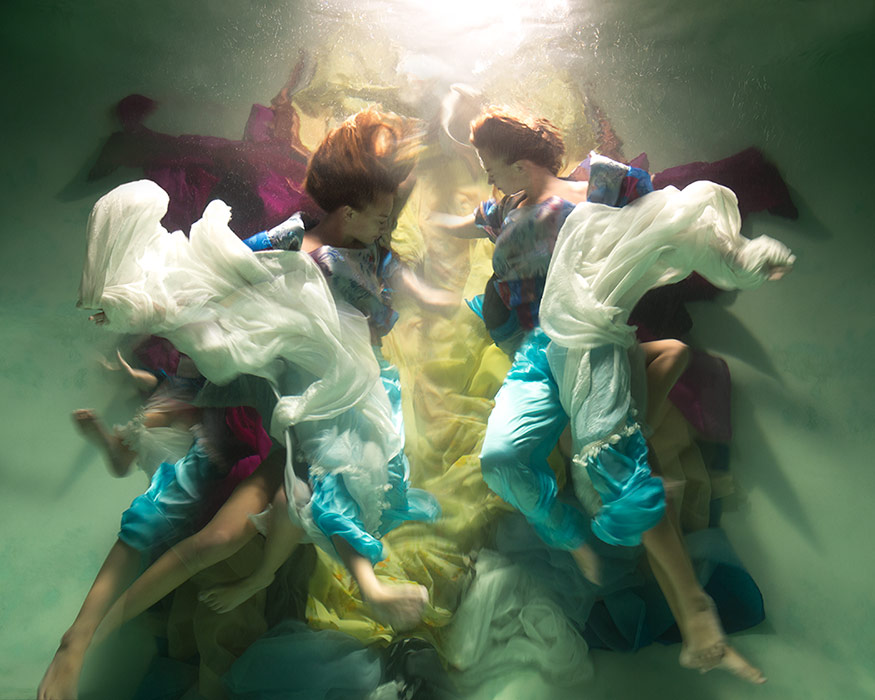 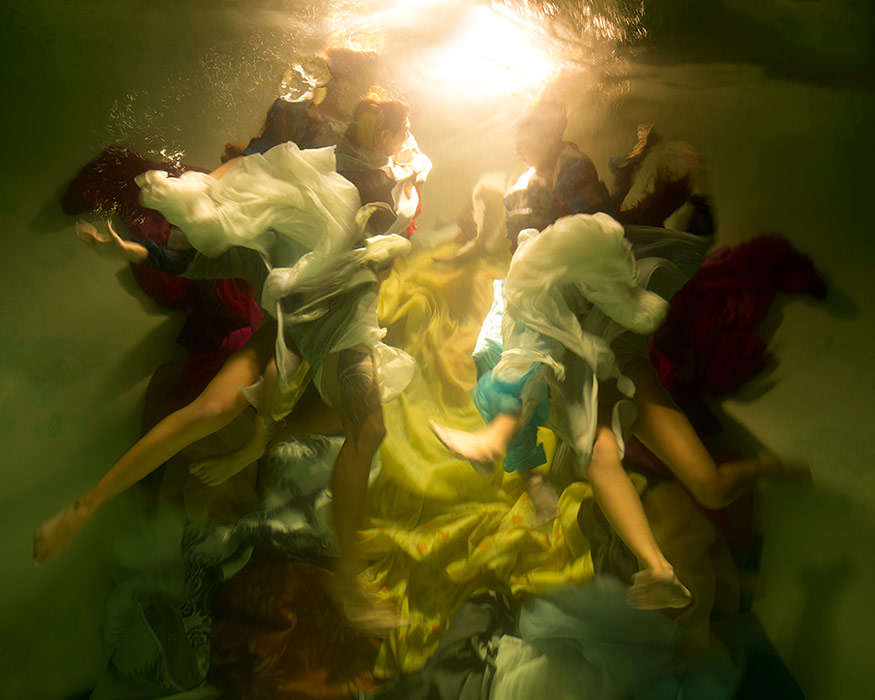 The Gravity of Water 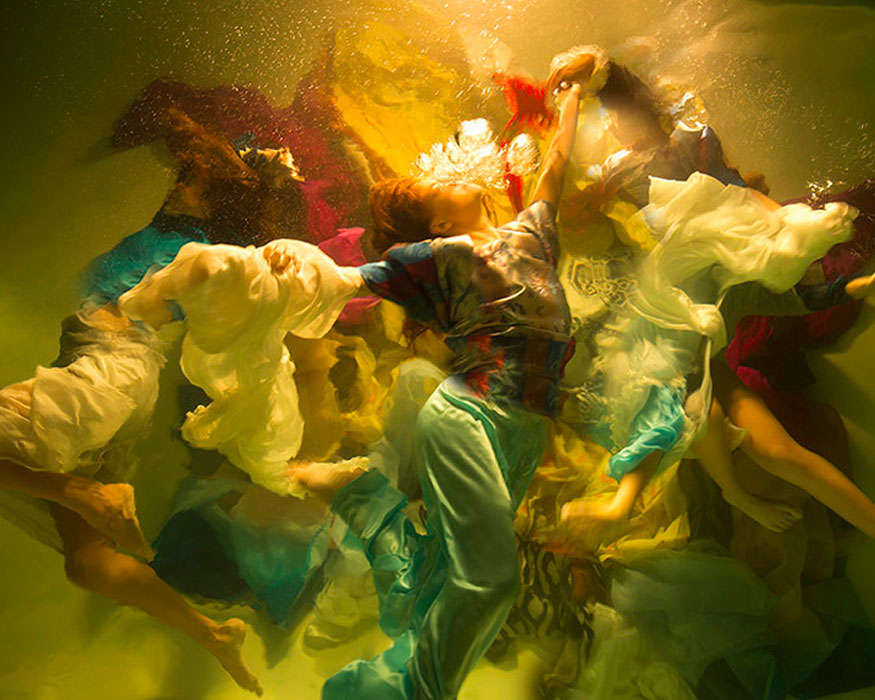 The Reunion of Cathryn, Carrie and Jean 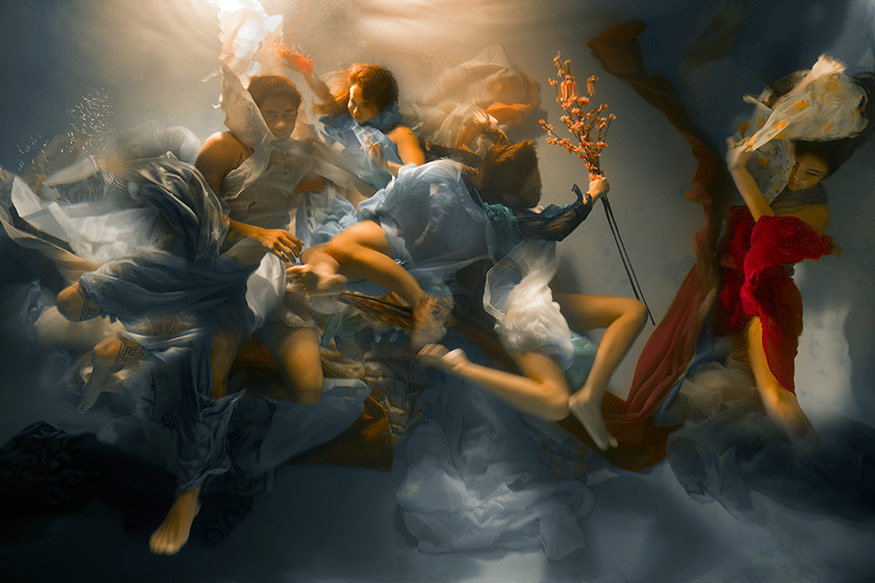 A Dream Dreamed in the Presence of Reason 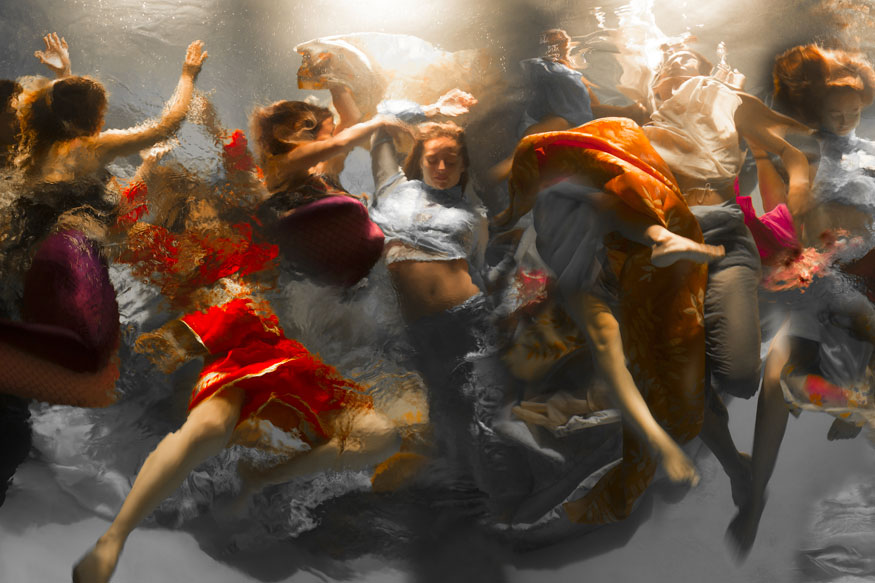 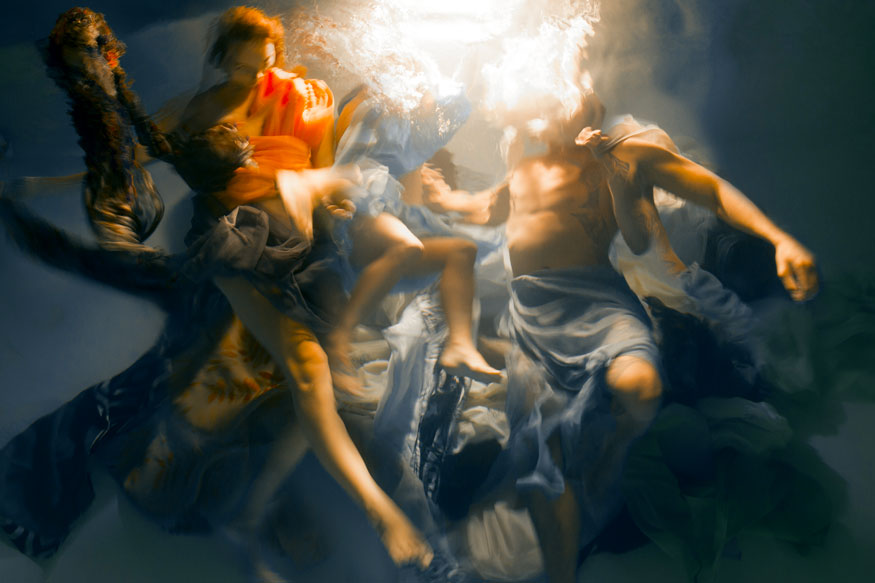 If the Heart could Fly 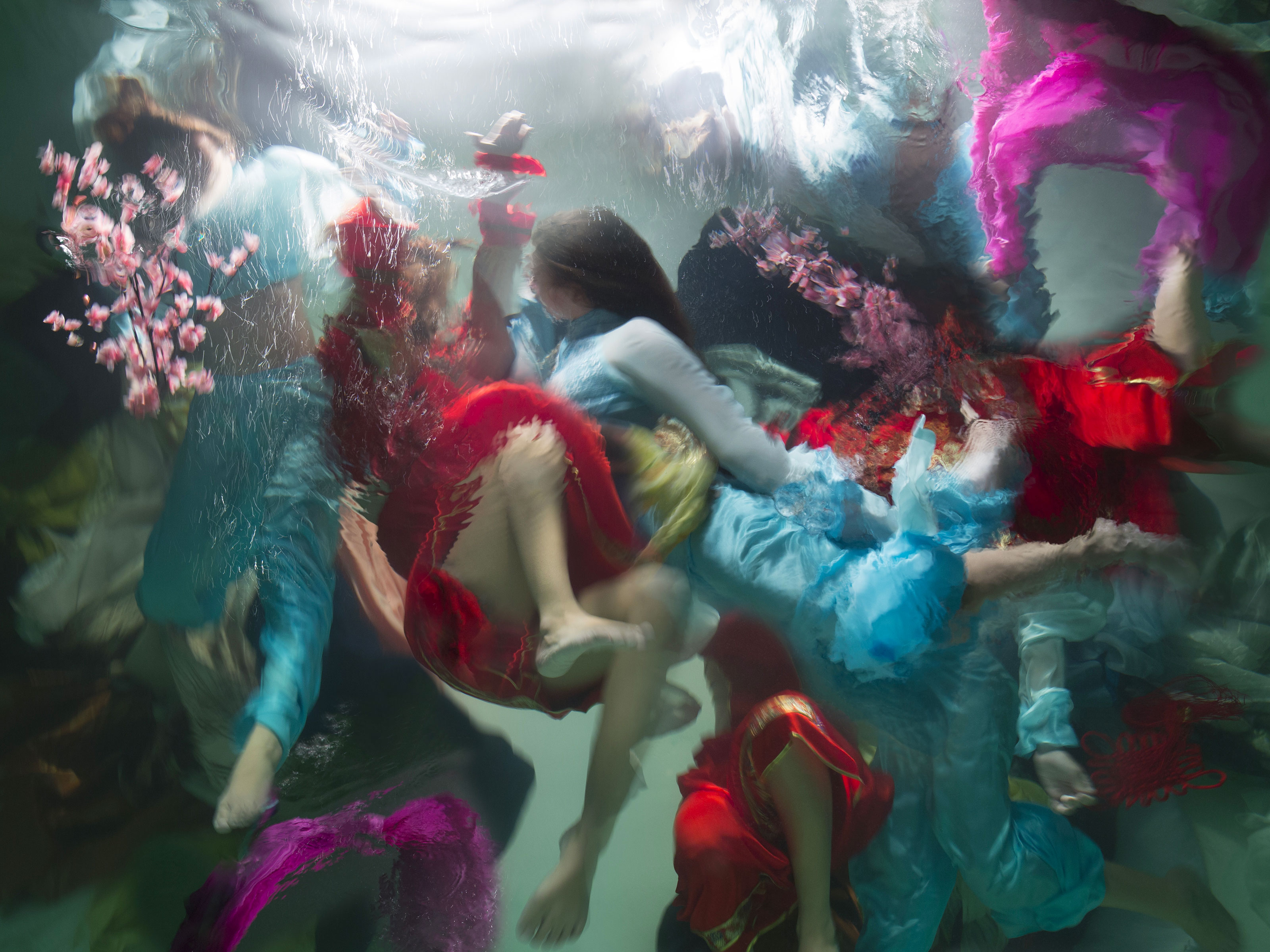 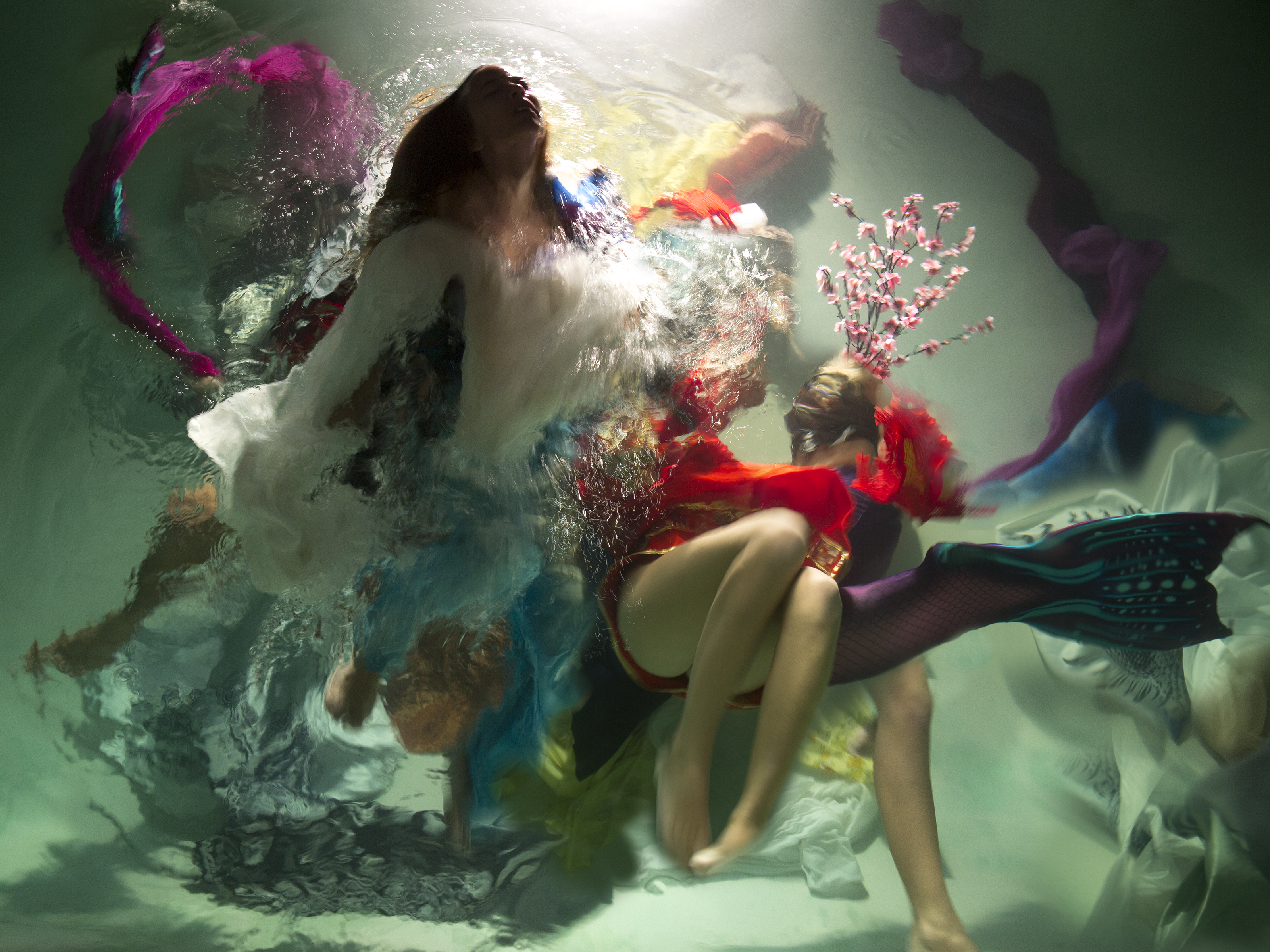 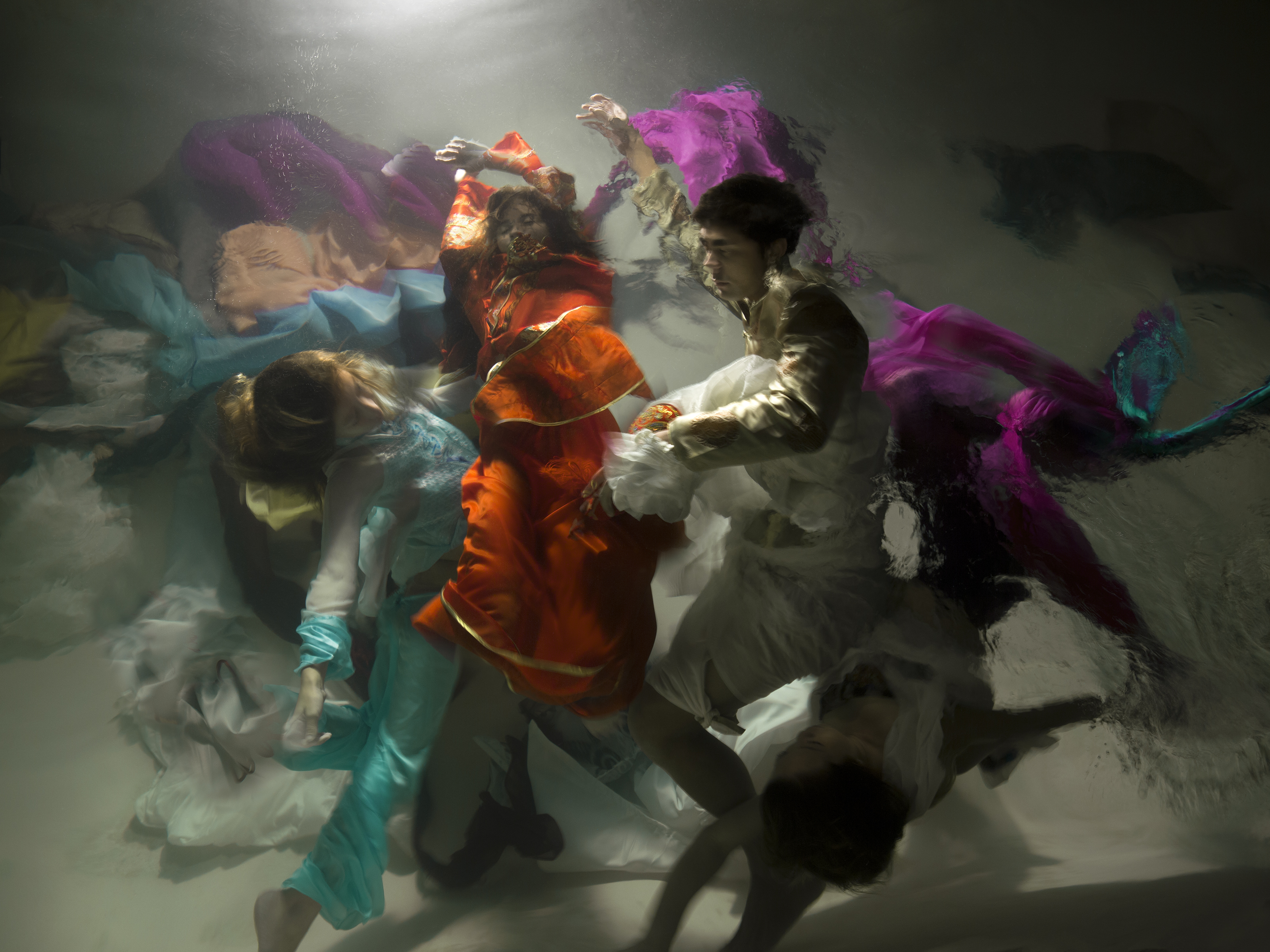 The Heart of Water